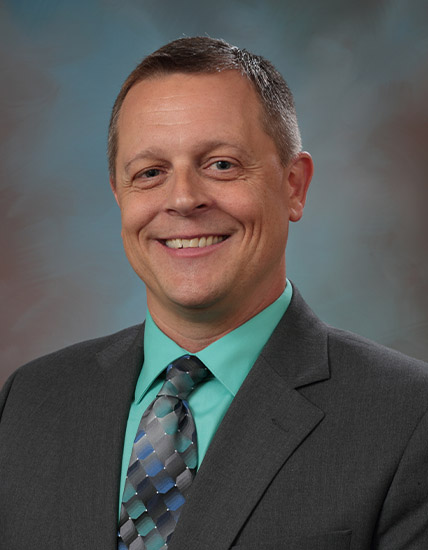 Doug Schweingruber was appointed to the position of Deputy Chief Probation Officer of the Allen County Common Pleas Court, Probate and Juvenile Division, Community Control Department in May of 2016 and was reappointed to that position by Judge Todd Kohlrieser in February of 2021.

He began his career with the Court in September of 1992, as a youth leader in the secure treatment and detention center.  In May of 1994, he was hired as a juvenile probation officer.  While in the probation/community control department of the Court, Doug has held numerous positions.  He has been the Court Assessment Service Team Coordinator, Drug Treatment Court Coordinator, Electronic Monitor Coordinator and Senior Probation Officer.

Doug also held the position of Juvenile Delinquency Diversion Counselor with the Allen County Prosecutor’s Office from November of 1993 to February of 1994.

In his position as Deputy Chief Probation Officer, Doug provides direct supervision over the daily operations and employees of the Community Control Department.  He is also the department’s administrator for the web-based Ohio Youth Assessment Survey and coordinator of Interstate Compact.  Doug is a member of the local Disproportionate Minority Contact (D.M.C.) committee, as well as a member of the Ohio Juvenile Diversion Association, American Correctional Association and Ohio Correctional and Court Services Association.

Doug has professional certifications/specialized training in the following curriculum:

In 1992, Doug completed a Bachelor of Arts degree in Sociology/Criminal Justice Program from Bluffton College.  He has also taken post-graduate studies in Social Agency Counseling thru the University of Dayton.  Doug is also a Certified Court Manager, having graduated with the Class of 2021 from the Court Management Program thru the National Center for State Courts and the Supreme Court of Ohio.